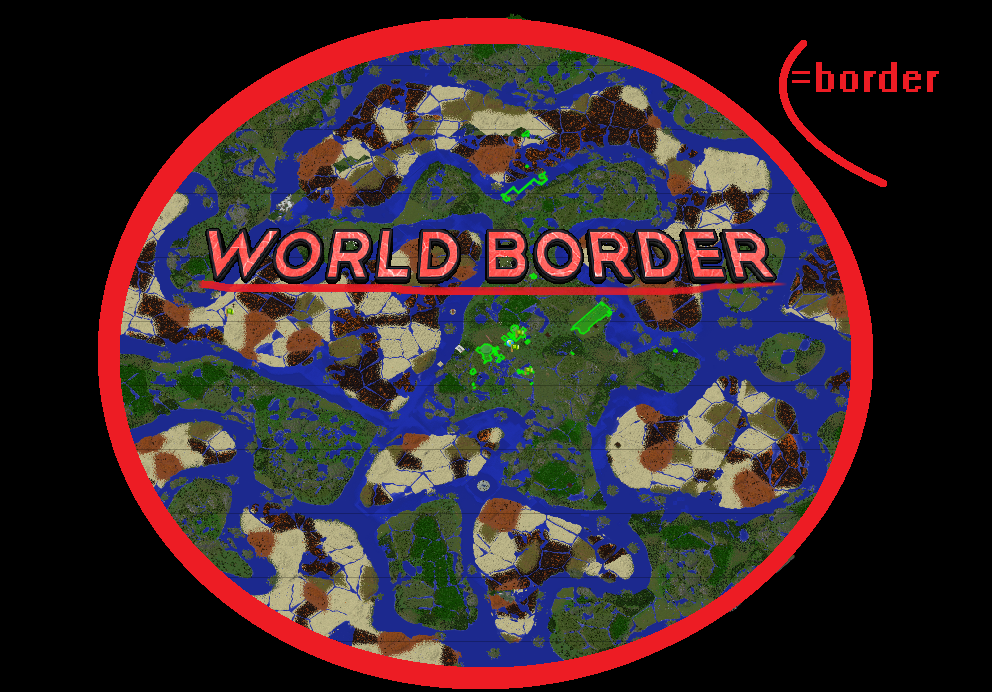 Further releases for Spigot 1.13+ are now being posted on the Spigot site. I do not plan to release any further updates here on BukkitDev.

If you appreciate this plugin and actually want to see it developed further by me rather than only receiving compatibility updates, you are welcome to

This plugin is intended to efficiently provide a border for each of your worlds, which only people granted special bypass access are allowed beyond. These borders can be round/elliptic or square/rectangular. As the plugin has been written with performance as the most important goal, it should have no performance impact on your server. Additional world trimming and filling commands are available as well.
Older plugins which originally inspired the creation of this one: rBorder and BorderGuard.

Of special interest are the Fill command and the Trim command features:

Borders are also displayed automatically by default in DynMap if you have it: